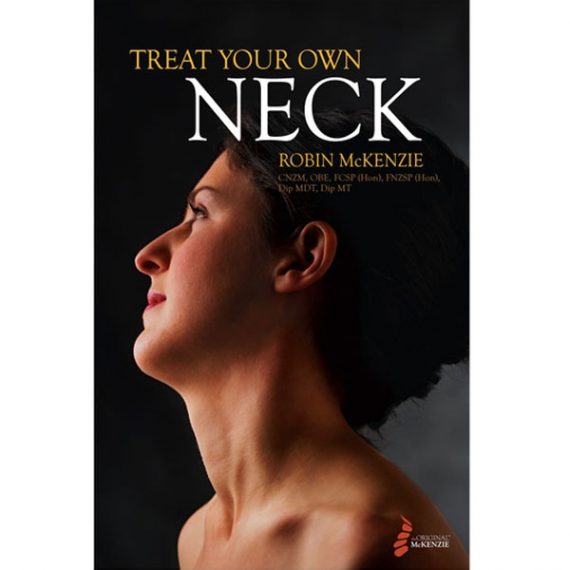 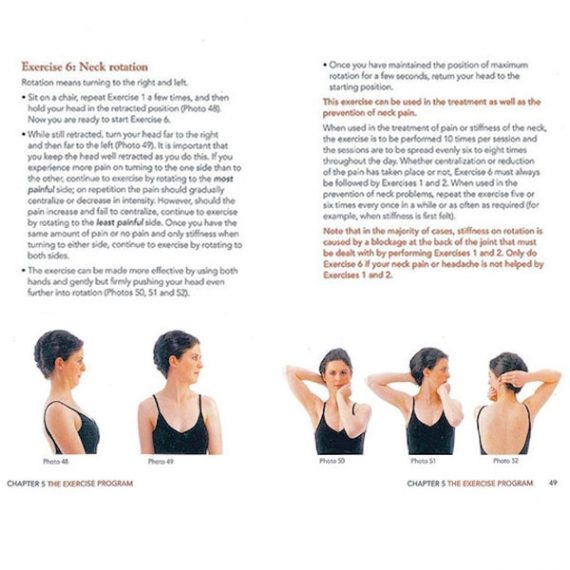 If you have persistent neck pain, this informative step-by-step handbook will help you relieve your pain and prevent symptoms from occurring in the future. Learn the primary causes of neck pain and treatments for neck pain, plus a series of simple exercises designed to help alleviate your neck pain quickly and prevent any recurrence. Providing a comprehensive system of awareness, education, and exercise prevention for common neck pain and injury, Treat Your Own Neck is your comprehensive resource for neck self-management.

For over 50 years, The McKenzie Method? has put the power in the patient’s hands, utilizing education and self-treatment strategies to provide long-lasting relief from pain.

The late Robin McKenzie was a renowned spinal expert and an authority on the treatment of lower back and neck pain.

His method of Mechanical Diagnosis and Therapy? (MDT) is taught by clinicians around the world. MDT, along with his heralded series of books, DVDs, rolls, and supports, has helped hundreds of thousands of people achieve freedom from back, neck, shoulder, and knee pain.

5.00 average based on 14 ratings.
Add a review Cancel reply

Questions and answers of the customers

There are no questions yet, be the first to ask something for this product.

Leave your email to get all hot deals & news which benefit you most!
© 2020 Saunders Traction. All Rights Reserved
We accept:

Font Resize
Accessibility by WAH
Select the fields to be shown. Others will be hidden. Drag and drop to rearrange the order.
Click outside to hide the comparison bar
Compare
Compare ×
Let's Compare! Continue shopping